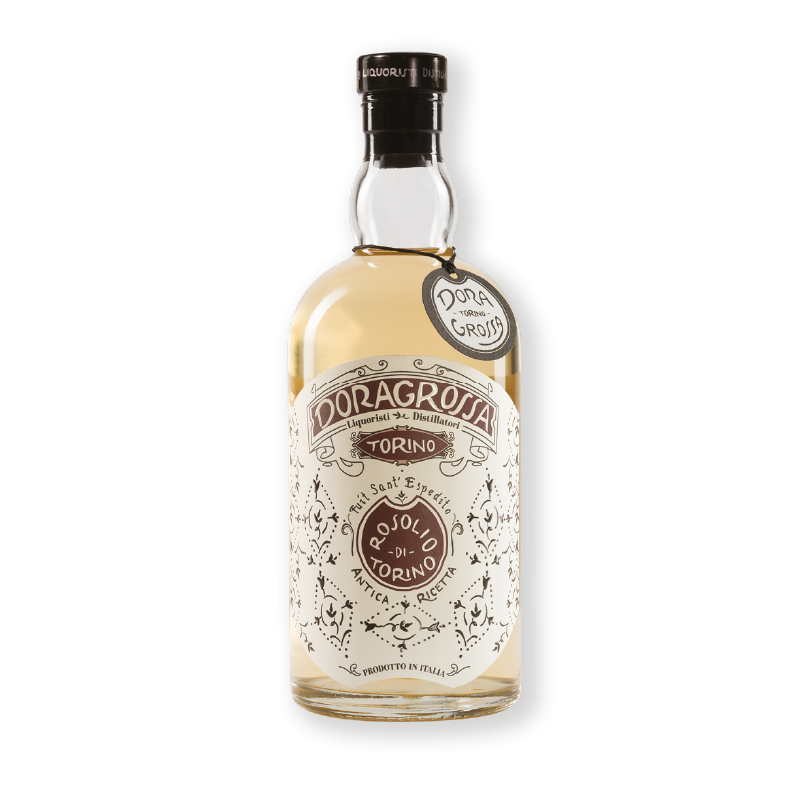 ROSOLIO DI TORINO Listed among the city's liqueur specialties as early as 1712, Rosolio became Turin’s pride and joy and as such was mentioned in various publications, both Italian and foreign. During the 19th century, it became the flagship product of all the Turin distillers who showed off their skills through increasingly complex recipes. A prestigious and exclusive liqueur due to the inclusion of sugar, which was expensive, it established itself as the classic “welcome drink” and was commonly served by Turin’s middle classes and nobility when socialising and entertaining. The Doragrossa Rosolio presents exotic notes of cinnamon and cloves along with the freshness of anise and lemon peel. Main herbs and spices: lemon, cinnamon, anise, cloves. 30% vol.